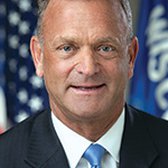 Macco was born in Green Bay, Wisconsin and graduated from Green Bay Southwest High School. He helped found and served as president of Macco's Floor Cover Centers, a retail and commercial flooring company with six locations in Wisconsin. Subsequently, he founded and served as president of Macco Financial Group, a financial advisory firm serving 15 states. On November 4, 2014, Macco was elected to the Wisconsin State Assembly, defeating Democratic challenger Dan Robinson. Macco was reelected in the 2016 election. He retained his seat in the 2018 and 2020 elections.