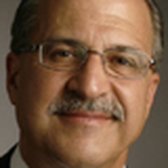 John J. Lombardi has been a Providence City Councilman, representing the 13th Ward, since 1984. He served as Council president from 1999-2006 and briefly took over as mayor after Vincent J. "Buddy" Cianci resigned in 2002. A lifelong Providence resident, Lombardi works as a lawyer. He ran for mayor in 2010.