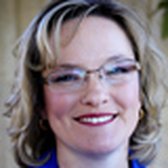 Jamie Radtke, a Republican, was a candidate for the GOP nomination for U.S. Senate in 2012 and was president of the Richmond Tea Party and co-founder of the Virginia Tea Party Patriots Federation. Radtke graduated from Liberty University, Lynchburg, in 1995 and earned a master's degree in public policy from the College of William and Mary, Williamsburg, in 1998.