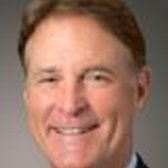 Evan Bayh, a Democrat from Indiana, served two terms as governor (1989-1997) and two terms as U.S. senator (1999-2011), He is now a partner at McGuireWoods Consulting as well as a political commentator, a senior advisor at Apollo Global Management in New York, and a member of the advisory board of the Central Intelligence Agency.