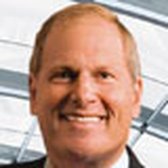 David Cote is president of Honeywell International. He was a member of President Barack Obama's Commission on Fiscal Responsibility and Reform, otherwise known as the Simpson-Bowles debt commission, and is now a part of "Fix the Debt," a bipartisan campaign to address the nation's fiscal challenges. In 2011, his total compensation was $37 million.