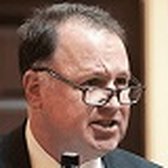 Creigh Deeds, D-Bath County, was elected to Virginia's House of Delegates in 1991 and moved to the state Senate in 2002. He was the Democratic nominee for lieutenant governor in 2002 and governor in 2006, losing both races to Republican Bob McDonnell. Deeds has been a leading voice for mental health reform since the suicide of his son, Gus, in 2013.