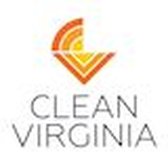 Clean Virginia is a non-profit organization seeking to overhaul the state's system of regulating power companies, which it says is "corrupt," and "rigged" against  consumers. The organization notes that Virginia's two dominant power companies, Dominion Energy and the Appalachian Power Co., which provide 82 percent of the state's electricity, have contributed more than $12 million to state campaigns since 1996. Those contributions, the organization contends, have reseulted in favorable treatment by the Genral Assembly.