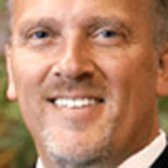 Republican Brad Schimel was elected in 2006 as the district attorney in Waukesha County, which borders Milwaukee County. He was the GOP nominee for Wisconsin attorney general in the November 2014 election, and defeated Susan Happ to win the office. After he was defeated in November 2018, he was appointed a circuit court judge in Waukesha County.