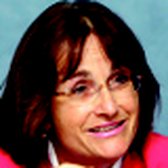 Ann McLane Kuster was the Democratic nominee for Congress in the Second Congressional District of New Hampshire, narrowly losing by just 3,551 votes in 2010. Kuster, an attorney, has not held elected office, but her parents did. Her mother, Susan McLane was a State Senator, and her father Malcolm served as Mayor of Concord, on the Executive Council, and ran for Governor as an Independent in 1972. Kuster, of Hopkingtom, graduated from Dartmouth College in 1978, in the third class with women, and received her law degree from Georgetown University Law Center in 1984.