A roll of stickers for voters who drop off ballots sits on the top of the ballot box at the drive-up polling location outside the Denver Elections Division headquarters, June 28, 2022, in Denver. (AP)

One such Instagram post showed a picture of a mail ballot from the Douglas County Clerk and Recorder in Castle Rock, Colorado.

"So when you get this … mailed unconstitutionally to every Colorado voter whether they requested one or not, ignore the instructions to vote early," the Oct. 22 post said. "Vote in person, on Election Day, after reading the blue book to familiarize yourself with the issues."

That’s because Colorado’s long-standing election procedures include sending mail ballot packets to every eligible voter — but that practice does not violate the state constitution.

For nearly a decade, Colorado election officials have sent mail ballots to every registered, active voter. The practice became part of state law in 2013.

Colorado’s constitution does not specifically address mail ballots or in-person voting. But Article VII, Section 8 says that all elections "shall be by ballot, and in case paper ballots are required to be used, no ballots shall be marked in any way whereby the ballot can be identified as the ballot of the person casting it."

About  98% of voters from all affiliations chose to vote by mail ballot in the last few elections, including the 2022 primary, said Annie Orloff, a spokesperson for the Colorado secretary of state. The state provides an automated way for voters to track their ballots from the time they are sent until they are accepted.

Voting by mail is safe, secure

This tactic is inspired by unsubstantiated and debunked claims that voting by mail invites significant fraud. 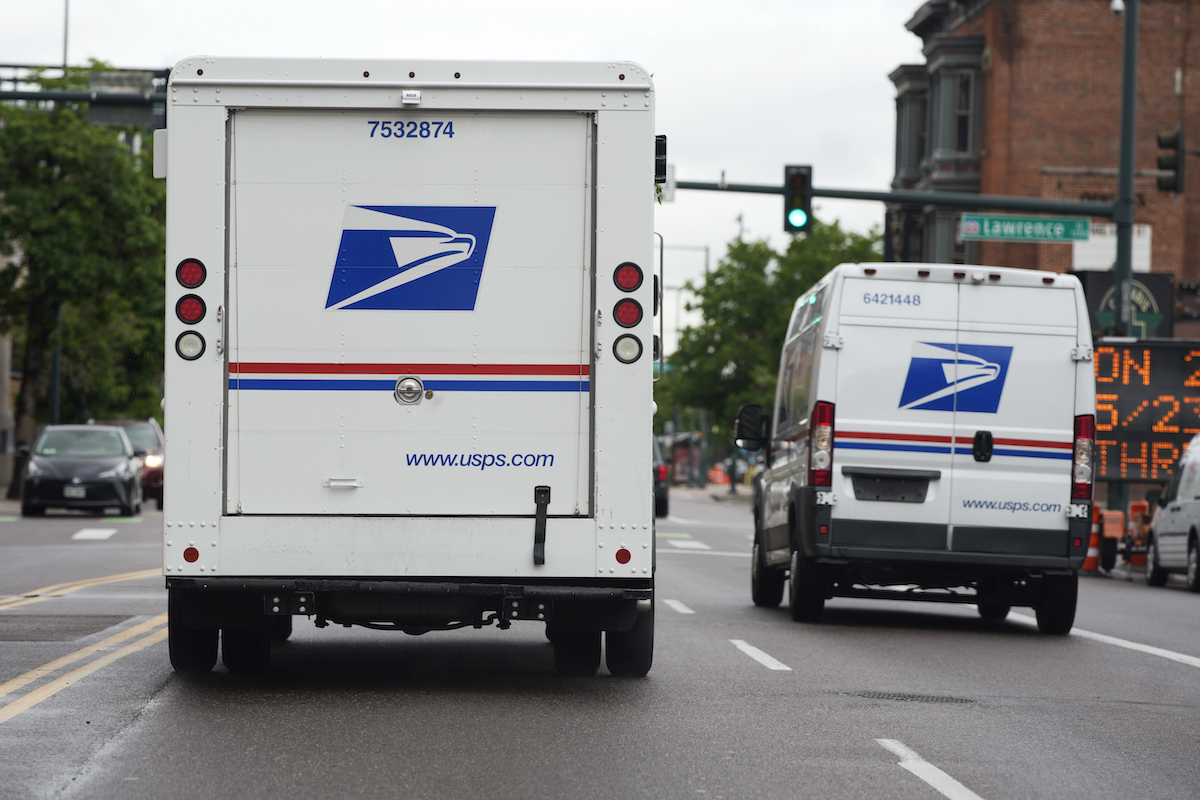 United States Postal Service delivery vehicles drive in downtown Denver, June 1, 2022. In July 2022, officials said the USPS was creating a division to handle election mail issues as part of an effort to ensure swift and secure delivery of ballots for the 2022 midterm election. (AP)

"If a voter doesn’t respond, the county will then refer the ballot to the local District Attorney’s office for investigation," the radio station reported. "State records show fewer than 0.01% of ballots in elections are investigated for fraudulent signatures, though."

In 2020, as the COVID-19 pandemic forced many states to try to run a presidential election largely by mail for the first time, many experts pointed to Colorado as a model for how such an election can work securely.

Elena Nunez, the director of state operations and ballot measure strategies at Common Cause, said Colorado voters can choose to vote in a variety of ways, including returning their mail ballots by mail or to a drop box. Alternatively, people can go to a Vote Center from Oct. 24 until Election Day to cast their ballots.

Colorado’s constitution says elections must be conducted by ballot, but it does not specifically address voting by mail. State law dictates procedures for voting by mail. The practice is secure and has been used in Colorado for years. It has not been found to be unconstitutional.

RELATED: Midterm elections: What does history say? And what could make 2022 different?

RELATED: Not all results will be known on election night 2022. That’s normal

The Fulcrum, How Colorado became the model for running an election by mail, Oct. 20, 2022

Chalkbeat Colorado, Everything you need to know about voting in Colorado’s 2022 elections, Oct. 19, 2022

The Coloradoan, After 7 years of voting by mail, Colorado voters aren't taken in by absentee ballot drama, Oct. 1, 2020

PolitiFact, Voting by mail has been popular in Arizona for decades. Now the state GOP wants to ban it, March 17, 2022

CPR News, Everything you need to know about voting, election security and ballot counting in Colorado, Oct. 17, 2022

Email interview with Douglas M. Spencer, an associate dean for faculty affairs and research and an associate professor of law at the University of Colorado, Oct. 25, 2022

CPR, FAQ: We answered your questions about election security in Colorado, Oct. 17, 2022