Tweets
stated on March 21, 2022 in a tweet:
Video shows the final moments aboard China Eastern Airlines flight 5735 before it crashed.

On March 21, a China Eastern Airlines passenger plane carrying 132 people rapidly plummeted from 29,000 feet before crashing in southern China. No survivors have been found.

Communication with the crew couldn’t be established before the airliner crashed, and there are still a lot of unknowns about what led to the disaster. An investigation is underway.

In the wake of the crash, some on social media began spreading a disturbing video that allegedly showed the flight’s final moments.

"A Boeing 737 just crashed in southern China," a March 21 tweet that shared the video said. "This was one of the last moments recorded on the plane. maybe the only moment. Viewers’ discretion advised."

A Facebook post shared the same video and caption. The post was flagged as part of Facebook’s efforts to combat false news and misinformation on its News Feed. (Read more about our partnership with Facebook.)

This claim is inaccurate. The footage doesn’t depict final moments aboard the flight — it’s a flight simulation video of an Ethiopian Airlines crash that killed 157 people in Kenya in 2019. 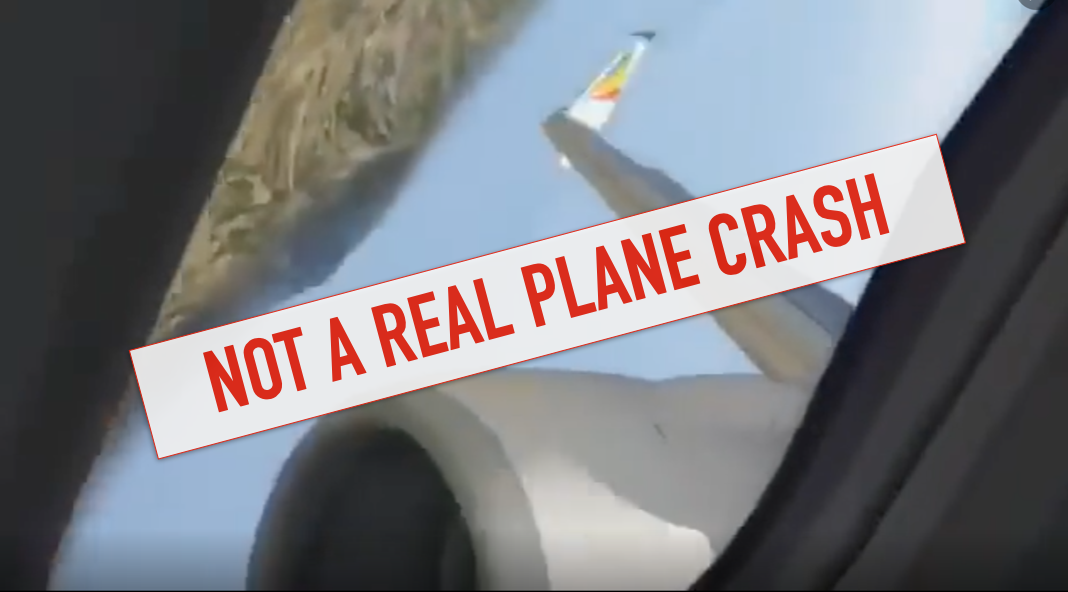 The video was first uploaded to YouTube in March 2019 (the descent starts around the 9:30 minute mark) by a user called "Bull Bosphorus" and contains a disclaimer that it does not show a real plane crash.

"This is not exactly what happened, this is only a simulated flight crash for Ethiopian Airlines Flight ET302," the video’s caption says.

We rate posts that claim the simulation shows a real plane crash False.