Footage of soldiers firing shots into the air as hundreds of unarmed people march toward an airbase in Belbek, Crimea, is being shared on TikTok as Russia invades Ukraine.

"Ukrainian and Russian soldiers face off in big battle border," one post sharing the footage wrote.

"#Ukrainian and #Ryssland Soldiers face to face," another post said.

This footage was posted over 12 times on TikTok and viewed on the platform more than 20 million times as of Feb. 25. But it does not show a scene from the Russian invasion. It is seven years old. BBC News Turkey shared the footage on Youtube on March 4, 2014. 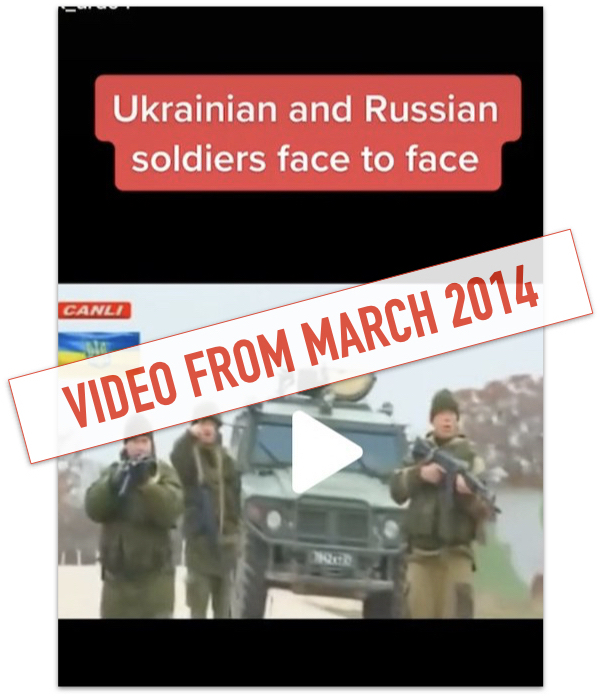 According to the BBC article, the video depicts pro-Russian troops who seized an airbase firing "warning shots" to prevent some 300 unarmed Ukrainian soldiers from approaching.

The tense standoff occurred as Russia annexed Crimea in 2014.

We rate claims that the footage depicts the current conflict between Russia and Ukraine False.

Marco Rubio
stated on May 25, 2022 an interview on CNN:
“There hasn't been a single of these mass shootings that have been purchased at a gun show or on the internet.”

Facebook posts
stated on May 17, 2022 a Facebook post:
“Florida Highway Patrol has a semi-truck … The FHP uses a fleet of three such ‘hidden in plain sight’ trucks to snitch on bad drivers.”

Charlie Crist
stated on May 4, 2022 a press conference:
“It costs more to live in many Florida cities than New York City.”

Ron DeSantis
stated on April 29, 2022 a press conference:
“The student debt that is out there, almost 60% of it is graduate school debt.”

Charlie Crist
stated on April 12, 2022 an interview:
Says he has “always” believed “in a woman’s right to choose.”

Joe Biden
stated on April 11, 2022 a press conference:
“You couldn’t buy a cannon when, in fact, the Second Amendment passed."