Chris Murphy
stated on November 27, 2022 in an interview on CNN:
“60% of counties in this country are refusing to implement the nation's gun laws.”

The suspect in a mass shooting at a LGBTQ nightclub in Colorado Springs, Colorado, had previously made threats to use weapons, but local law enforcement did not pursue removing them under the state’s red flag law.

Officials in El Paso County, which includes Colorado Springs, had lobbied against the state creating a red flag law, which lets people petition a civil court to temporarily remove another person’s firearms. The county in 2019 passed a resolution declaring themselves a "Second Amendment preservation county" and pledged not to spend money to "initiate unconstitutional seizures."

U.S. Sen. Chris Murphy, D-Conn., a prominent supporter of federal gun restrictions, called out El Paso County and other places with these resolutions during an interview about the nightclub shooting on CNN.

We wanted to know more about these counties and fact-check whether Murphy’s statistic was accurate. The number refers to the percentage of counties that have sanctuary policies, and by that metric it checks out.

These broad policies about upholding the Second Amendment vary in each city, county or state. Some resolutions state that the jurisdiction won’t spend money to enforce what their officials deem unconstitutional gun laws.

Some experts have said these resolutions are merely symbolic. But there is some evidence that Second Amendment sanctuary areas use the state’s red flag laws less than other jurisdictions. 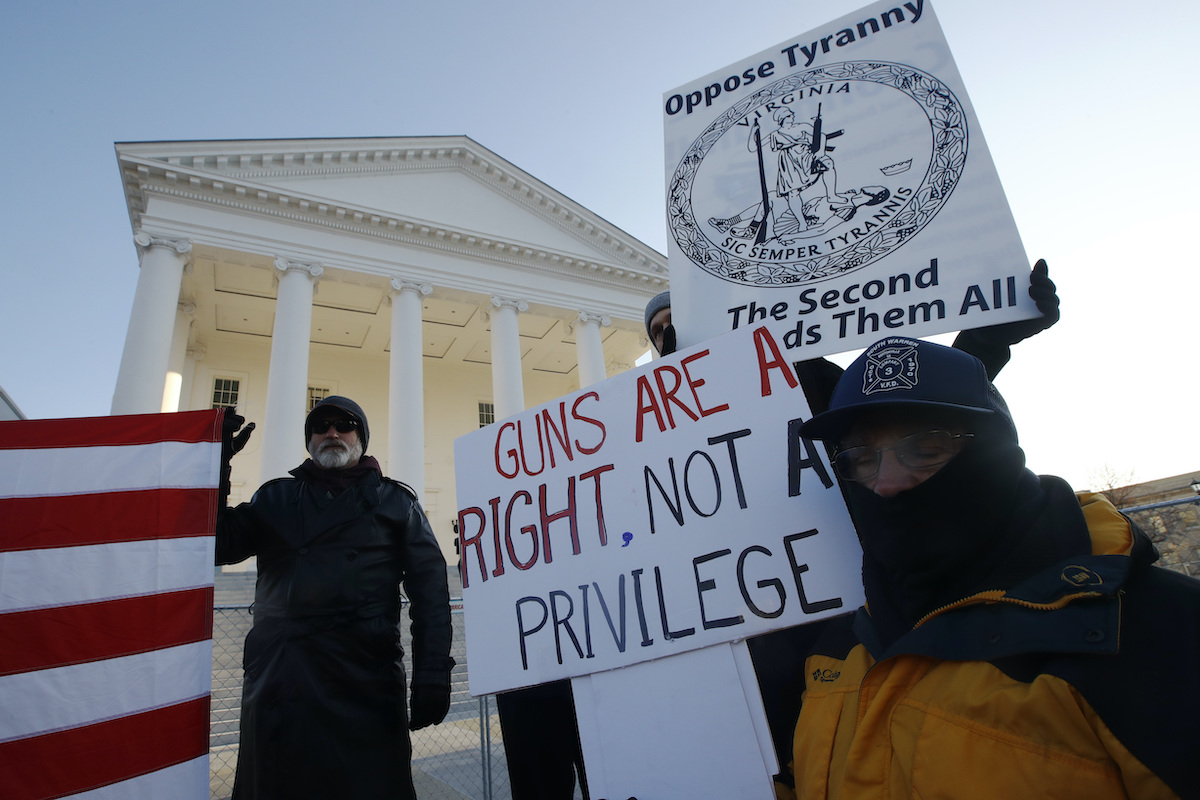 Nineteen states and Washington, D.C., have red flag laws. They are a relatively new phenomenon, with Connecticut passing the first such law in 1999. Colorado’s law, which went into effect in 2020, allows law enforcement, family or household members to file a petition asking a court to take away gun rights from a person who poses a significant risk to themselves or others.

Despite polls showing strong support for these policies, The Associated Press found that laws faced a backlash by politicians who passed "Second Amendment sanctuary" policies in about 2,000 counties. That number reflects about 60% of the nation’s counties, and was the source for Murphy’s statistic.

We found one other source that backs up this figure from the website SanctuaryCounties.com, which compiles updates on these laws and says it is dedicated to "law abiding, Constitution loving citizens who refuse to simply give up their Second Amendment rights."

The term "sanctuary" borrows from the sanctuary city policies that restrict state or local police from assisting federal immigration officers. Bryan Kibler, the former top prosecutor in Effingham County, Illinois, has been credited with devising the idea for Second Amendment sanctuaries. (Kibler is now a judge.)

"We wanted to ... get across that our Second Amendment rights are slowly being stripped away," Kibler told the AP in 2018.

Researchers from the University of Colorado compared the use of the state’s red flag law in 2020 in counties with and without these policies. Of the 37 "sanctuary" counties, 24% had at least one petition filed, versus 48% of counties without these resolutions.

Second Amendment counties may create a chilling effect on filing petitions, they wrote, because people may incorrectly think the red flag laws are illegal.

One of the researchers, Firearm Injury Prevention Initiative director Emmy Betz, said more study is needed. Her work covered a small sample and only one year of data.

"There’s active research now trying to understand how resolutions (or other geographic differences) may influence police/prosecution prioritization, but I don’t think we have a firm answer on that question right now," Betz told PolitiFact.

KUSA-TV, an NBC affiliate in Colorado, found that 53 petitions were filed in El Paso County, and judges approved 12 removal orders over the last nearly three years. The sheriff who opposed the state law filed no petitions.

Shawn Fields, a law professor at Campbell University who wrote an article about sanctuaries for Northwestern University Law Review, cautioned that correlation does not necessarily equal causation.

"Most (Second Amendment) sanctuary resolutions are merely symbolic in nature and have no enforcement mechanisms contained within them," Fields told PolitiFact. "It is possible the existence of the resolutions are influencing police and prosecutor discretion in enforcing red flag laws. But it is equally possible that the resolutions themselves are merely reflections of a community already deeply skeptical about these types of firearms regulations, which may include police and prosecutors de-prioritizing their enforcement."

The newness of these sanctuary resolutions, combined with the pandemic’s potential effect on enforcement for a year and a half, means we have had very little time to assess the impact of these resolutions, Fields said. 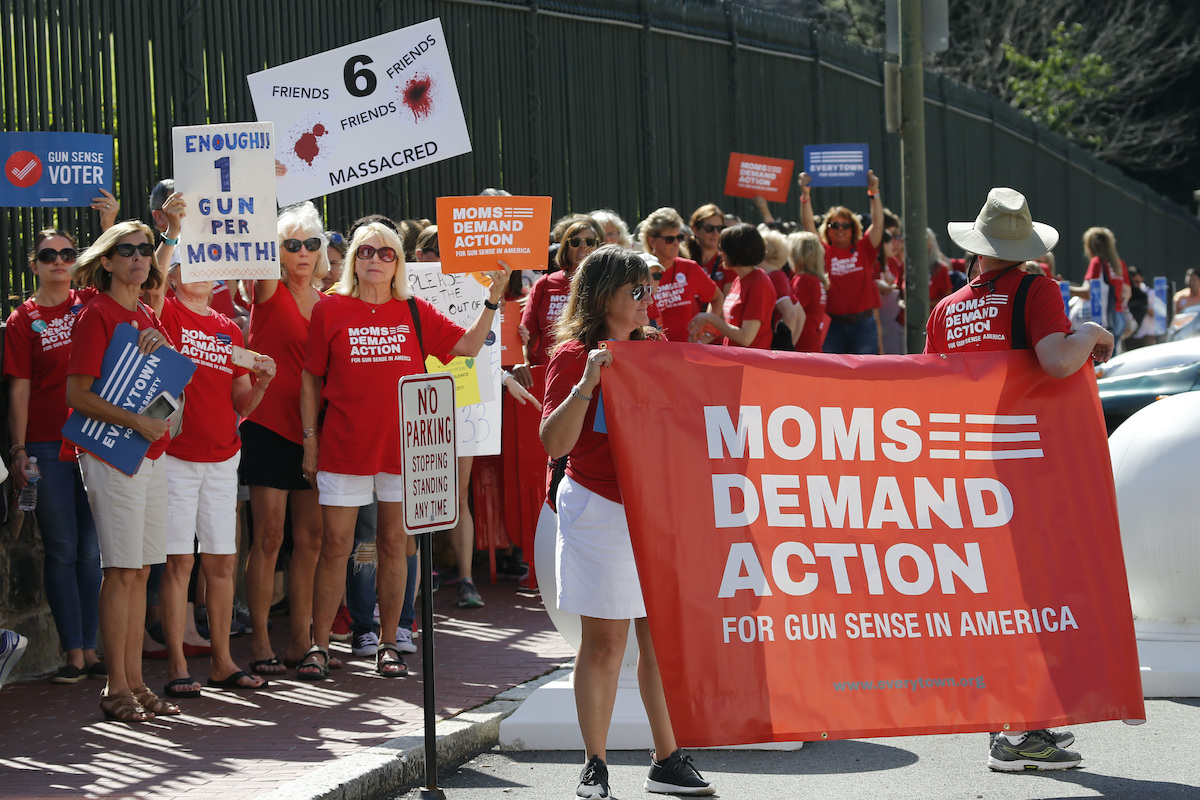 In this July 9, 2019, file photo, Moms Demanding Action line up during a rally at the State Capitol in Richmond, Va. Gov. Ralph Northam called a special session of the General Assembly to consider gun legislation in light of the Virginia Beach shootings. (AP)

We found other jurisdictions with sanctuary resolutions that still enforce gun laws.

Virginia Beach Sheriff Ken Stolle told PolitiFact that he strongly supports the Second Amendment but opposed the resolution. It wouldn’t affect law enforcement officials, he said, because they are guided by the U.S. Constitution, the Virginia Constitution and state laws.

"Courts have the obligation of  interpreting the law, not the sheriff," said Stolle, a Republican, attorney and former state senator. "My job is to enforce the law."

In 2020, Virginia passed a red flag law. The Virginia Beach office of the commonwealth attorney told us that it has filed 27 red flag cases. And the police department regularly arrests people involved in gun crimes.

Polk County, Florida, also passed a sanctuary resolution in 2020. Sheriff Grady Judd is one of the state’s most prominent Republican supporters of red flag laws. WINK News, a PolitiFact partner, found that Polk County has had more risk-protection orders, which red flag laws allow law enforcement to seek, than anywhere else in the state over the past four years — about 1,300.

"The White House and U.S. Congress have announced their intention to pursue measures that would infringe on the right to keep and bear arms," reads Nebraska's Second Amendment sanctuary proclamation. "Nebraska will stand up against federal overreach and attempts to regulate gun ownership."

How do these resolutions hold up legally?

A county cannot refuse to enforce laws, and the Supremacy Clause of the Constitution requires that federal law take precedence over state and local law.

Brady: United Against Gun Violence, which works to reduce gun violence, says courts have yet to take up a case that would answer whether the symbolic policies have any legal standing.

But the vast majority of sheriffs are independently elected, so they have autonomy to set and enforce policy, said political scientist Emily Farris of Texas Christian University. Farris helped oversee a survey of American sheriffs and found about 38% opposed a requirement to confiscate firearms from people who pose a public safety risk.

Murphy said "60 percent of counties in this country are refusing to implement the nation's gun laws."

Murphy’s statistic reflects an Associated Press analysis that found 2,000 counties have passed "Second Amendment sanctuary" policies pledging to not enforce some gun restrictions passed by their states. This represents about 60% of the nation’s 3,000 counties.

But the resolutions do not necessarily mean that the jurisdiction doesn’t enforce gun laws — much less federal laws that take precedence over state and local laws. In some instances, counties with such resolutions are less likely to use the state’s red flag law. More research is warranted, experts say.

RELATED: Ask PolitiFact: What are red flag gun laws and do they keep people safe?

RELATED: All of our fact-checks about guns

Sen. Chris Murphy, Murphy on ‘State of the Union’: we need to have a conversation about the 60 percent of counties refusing to implement gun safety laws, Nov. 27, 2022

The Marshall Project, Does your sheriff think he’s more powerful than the president? Oct. 18, 2022