We’re not sure who is thinking about feeding McDonald’s ice cream to their dogs. But in case you know someone who is, a social media post offers this urgent, exclamation-point-filled message:

"WARNING!!! McDonald’s has added Xylitol to their ice cream!!! Xylitol is deadly to dogs!! Do not let your pups eat any type of ice cream from McDonald’s!!" reads an April 13 Facebook post. 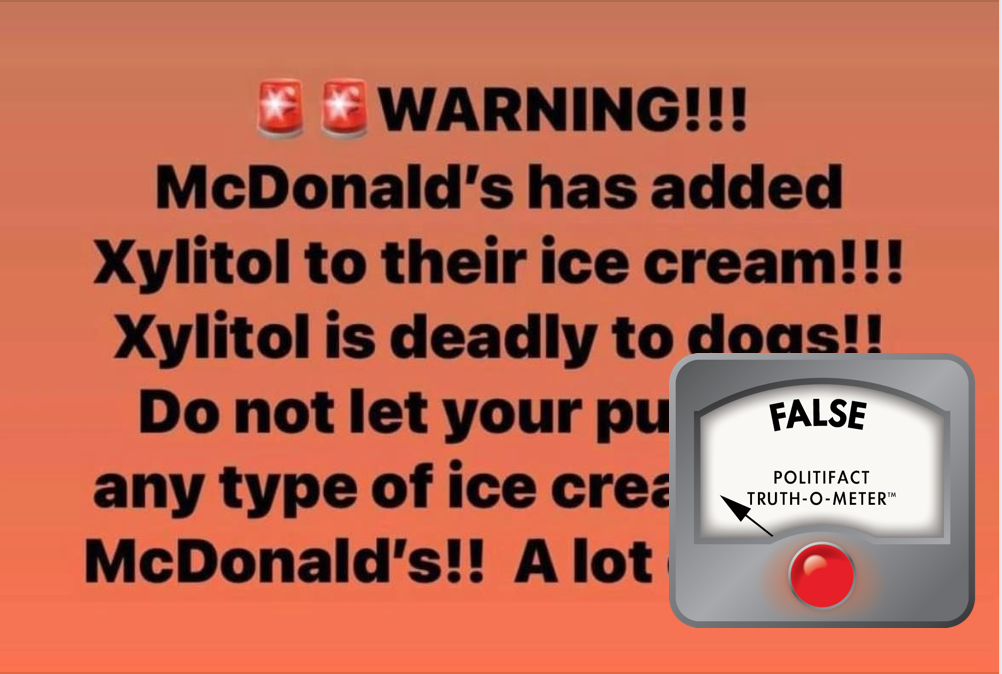 But dog owners don’t have to worry too much — it isn’t true.

Xylitol, a sugar alcohol, can be deadly to dogs, but we could find no evidence that it was added to McDonald’s ice cream recipe. It isn’t listed as an ingredient in any of the company’s desserts.

TikTok posts
stated on January 19, 2023 in a TikTok post
“Chickens aren’t laying eggs because RNA is being added to commercial chicken feed.”

"These claims are false," the company said in an email to PolitiFact. "Our soft serve, found in our cones and other desserts, does not contain xylitol."

This doesn’t mean that regularly giving your dog ice cream is a good idea, however. Pet companies and veterinarians warn that too much can make dogs sick, and some ice cream companies do include toxic ingredients, like xylitol.