A recent uptick of robberies in Los Angeles has some blaming the county’s zero-bail policy for lower-level offenses.

The policy, enacted as a way to reduce jail crowding during the COVID-19 pandemic, has remained in effect in Los Angeles County even as California’s statewide emergency zero-bail order expired in 2020.

Meanwhile, under the state’s Proposition 47, which voters passed by referendum in 2014, theft and shoplifting crimes are classified as misdemeanors instead of felonies if the stolen property’s value does not exceed $950.

Now a Facebook post going around shares what appears to be a story about what one L.A. store owner did to address the theft problem.

"California store owner prices all items at $951 so thieves can be prosecuted," the headline reads. Text below explains that the store has coupons for customers to use to bring the price back down to normal. 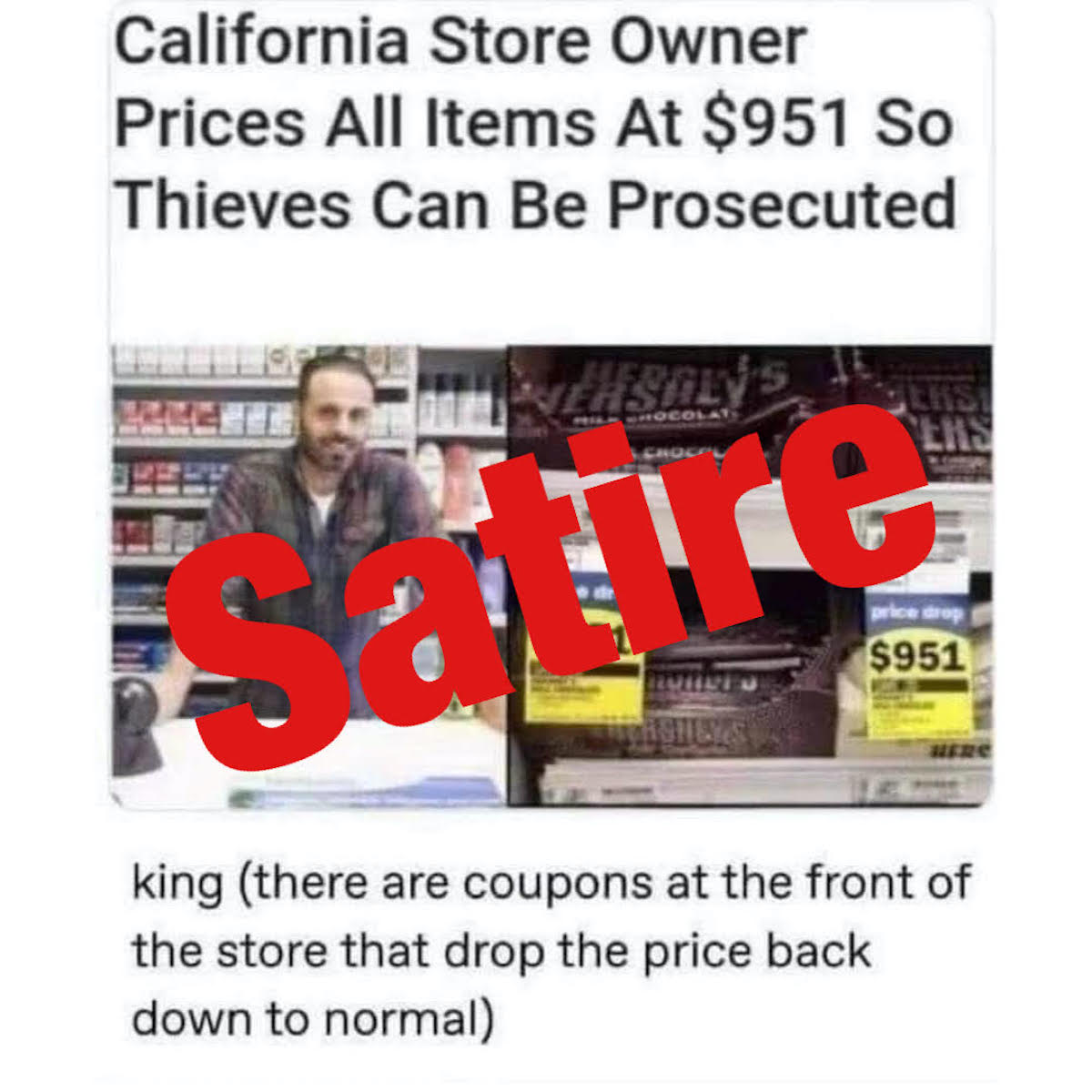 Screenshot via Facebook
The post was flagged as part of Facebook’s efforts to combat false news and misinformation on its News Feed. (Read more about our partnership with Facebook.)

We couldn’t find any credible reports about a California store owner raising prices to $951 so that thieves could be charged with felonies.

A reverse-image search revealed that the article in the screenshot is from the Glorious American, a website that posts satirical content.

The website includes a disclaimer on it's "About Us" page that says it is a "satire publication."

But that information is absent from the social media post.

As such, we rate this claim False.

KTLA 5, Zero-bail policy under scrutiny as LAPD announces 14 smash-and-grab robbery suspects are all out of custody, Dec. 3, 2021

The Glorious American, California Store Owner Prices All Items At $951 So Thieves Can Be Prosecuted, Accessed Dec. 15, 2021