Liz Cheney
stated on April 11, 2021 in an interview on CBS' "Face the Nation":
“Something less than 6% ... of this proposal that President Biden has put forward is actually focused on infrastructure.”

• About 6% of the Biden proposal would pay for roads, bridges, and highways. But those aren’t the only types of public works that have traditionally qualified as “infrastructure.”

• Cheney’s narrow definition also contradicts her repeated use of the word “infrastructure” in relation to past bills that cover a wide range of matters beyond roads, bridges and highways.

As President Joe Biden seeks to win congressional support for his American Jobs Plan, Democrats and Republicans have been attacking each other over how they define the key element of the proposal: infrastructure.

The third-ranking House Republican, Liz Cheney of Wyoming, appeared on CBS’s "Face the Nation" and argued that just a tiny fraction of Biden’s proposal consists of "infrastructure."

During the April 11 edition of the show, host Margaret Brennan reminded Cheney that in 2017, she supported President Donald Trump's infrastructure proposal. "Nothing ever came of that, of course," Brennan said. "But you liked the concept. Why are you opposed to it now?"

Cheney responded, "Well, it's a very different proposal, obviously. Something less than 6%, as you mentioned, of this proposal that President Biden has put forward is actually focused on infrastructure."

We didn’t see where Brennan "mentioned" the 6% figure earlier in the interview, but Cheney’s statement caught our eye, because other Republicans have cited a similar figure, including Senate Minority Leader Mitch McConnell of Kentucky, House Minority Leader Kevin McCarthy of California and Sen. Tim Scott of South Carolina.

Cheney, on the other hand, used the broader term "infrastructure," a word that would seem to encompass other provisions in the proposal, from railways and waterways to airports and the electric grid.

We checked with Cheney’s office to see whether she had misspoken. In a statement to PolitiFact, they said she had not.

However, outside experts questioned that narrow interpretation.

"That’s not my definition," said Douglas Holtz-Eakin, president of the right-of-center American Action Forum. "Mine is broader than hers." 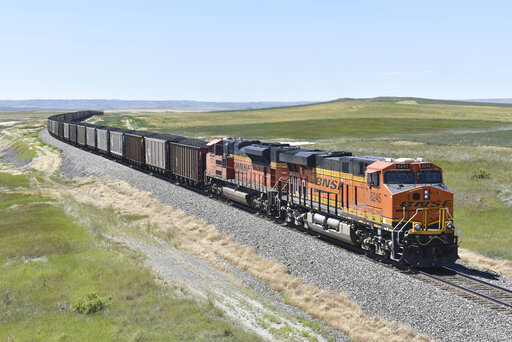 A BNSF Railway train hauling carloads of coal from the Powder River Basin of Montana and Wyoming, seen east of Hardin, Mont., on July 15, 2020. (AP)

It’s clear that some elements of Biden’s proposal do not fit a traditional definition of infrastructure, such as $400 billion devoted to expanding access to long-term, home and community-based care under Medicaid.

Supporters have defended such categorizations. On ABC’s "This Week," Energy Secretary Jennifer Granholm said the definition of infrastructure "evolves to meet the American people's aspirations."

But some experts see the administration as stretching the definition too far.

"Much of what the president is calling ‘infrastructure’ consists of exercises in industrial policy," said James E. Moore II, director of the Transportation Engineering Program at the University of Southern California. Economists consider infrastructure spending to be "money that generates a return, while industrial policy tends to be a losing proposition. The administration has picked a label for its spending plan that it hopes will deflect criticism."

Some other elements of the plan fall into a gray area, arguably fitting under some definitions of infrastructure. These include $590 billion for research and development and domestic manufacturing; $400 billion in clean energy tax credits; and $328 billion for capital investments in housing, schools, child care centers, veterans’ hospitals and other federal buildings.

But other provisions would fall under the traditional umbrella of infrastructure, beyond the $115 billion for roads, bridges, and highways.

Here’s a list, drawn from to an analysis of the proposal by the Committee for a Responsible Federal Budget:

These elements total $683 billion, which works out to about 26% of the $2.65 trillion proposal. That’s more than four times the 6% Cheney considers to be infrastructure.

The categories totaling $683 billion are "not only infrastructure but critical infrastructure," said Robert Greer, an associate professor in public service and administration at the Texas A&M University Bush School of Government and Public Service. "As a Texan, we are acutely aware of energy system modernization issues given the recent rolling blackouts."

"There is no reason to exclude traditional infrastructure categories — transportation, water resources, energy, and telecommunications — when assessing the American Jobs Plan," Tomer said. "For decades, and in some case centuries, the federal government has supported direct investment in these physical capital systems and related policies like workforce development and planning grants."

When we asked the American Water Works Association what they thought of Cheney excluding their industry from her definition of "infrastructure," legislative director Tommy Holmes said, "I have often heard ‘roads and bridges’ being used as shorthand for all infrastructure, but I have never been in a serious discussion of the nation’s infrastructure that did not include the nation’s drinking water and wastewater systems." 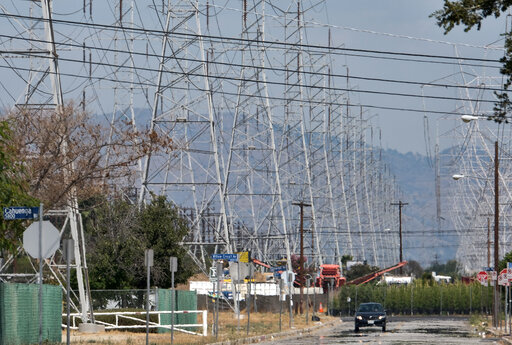 Heat comes off the pavement near high-tension electrical lines in Los Angeles on Aug. 15, 2020. (AP)

What has Cheney considered infrastructure in the past?

Cheney’s statement on "Face the Nation" is especially striking since she has a paper trail of defining "infrastructure’ more broadly. Here’s what she’s included in her discussion of infrastructure in the recent past:

In other words, just in the past few years, Cheney has either co-sponsored or touted her support for bills that defined infrastructure as encompassing railways, waterways, broadband, water distribution and the energy supply, including renewable energy.

Biden’s proposal includes all of those elements, but Cheney ignored them in her latest definition of infrastructure.

"Cheney was making a very legitimate criticism," Moore said. "It is unfortunate she exaggerated her case."

Cheney said, "Something less than 6% ... of this proposal that President Biden has put forward is actually focused on infrastructure."

The figure she cited applies to spending on roads, bridges and highways, but excludes items in Biden’s proposal that experts say are widely considered to be infrastructure, including public transit, rail, airports, ports, waterways, the electrical grid, drinking water systems and broadband.

Moreover, her narrow definition of infrastructure contradicts her own repeated use of the word "infrastructure" in relation to bills that cover a wide range of matters beyond roads, bridges and highways.

The Hill, "Energy secretary: 'We don't want to use past definitions of infrastructure,'" April 11, 2021

Washington Post Fact Checker, "The GOP claim that only 5 to 7 percent of Biden’s plan is for ‘real infrastructure,'" April 5, 2021

Email interview with James E. Moore II, director of the Transportation Engineering Program at the University of Southern California, April 12, 2021