Cal Cunningham
stated on February 5, 2020 in a campaign ad:
Says Sen. Thom Tillis voted to "take away" coverage for people with pre-existing conditions.

From Republican U.S. Senate candidates, voters are likely to hear about the economy under President Trump.

From Democratic Senate candidates, voters are likely to hear about the need for better health care policy.

Nowhere is that more true than North Carolina, where a handful of Democrats are vying to knock out incumbent Republican Thom Tillis.

One of them is Cal Cunningham, who has support from the Democratic Party establishment. The Cunningham campaign recently released an ad accusing Tillis of voting to "take away" coverage for pre-existing conditions.

The Feb. 5 tweet says, "Without coverage for pre-existing conditions, Susie and her family would be bankrupt. Those protections are exactly what Thom Tillis voted to take away."

Cunningham then appears on screen to say, "Those protections for Susie’s children are exactly what Thom Tillis voted to take away."

Then this text appears over a photo of Tillis: "Tillis voted against protections for pre-existing conditions."

Is it true that Tillis voted to take away coverage for people with pre-existing conditions? Yes. Tillis voted to repeal a law, the Affordable Care Act, that provides that coverage.

While repeal efforts have been unsuccessful, repealing and replacing the ACA has been part of the Tillis platform for years. He voted to repeal the ACA, and later proposed a different law that aims to address pre-existing conditions.

But experts say the Tillis plan, along with other Republican proposals, fall short of offering the coverage in the ACA.

First, some background. A pre-existing condition is a health problem that someone has before their health coverage starts. Examples include asthma, cancer, diabetes or lupus.

Prior to the passage of the Affordable Care Act, also known as Obamacare, insurers could deny coverage to people with pre-existing conditions or inflate their premiums so much that they dropped coverage, as PolitiFact and its partners have previously reported.

The Cunningham ad specifically mentions a vote from July 26, 2015: the roll call for a vote to allow the repeal of the health care law.

You can see from the bill’s "statement of purpose" that it was meant to "repeal the Patient Protection and Affordable Care Act and the Health Care and Education Reconciliation Act of 2010 entirely."

The record shows Tillis voted to repeal it.

PolitiFact has repeatedly determined that a vote to repeal the ACA in full would have stripped coverage for people with pre-existing conditions. Subsequent GOP-written bills to replace the ACA have not ensured the same level of patients with those conditions. 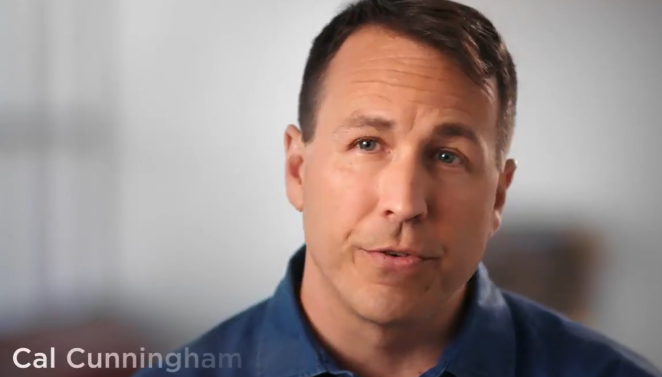 When PolitiFact reached out to the Tillis campaign, spokesman Andrew Romeo didn’t dispute Tillis’ vote from 2015.

But he claimed Tillis has always supported replacing Obamacare "with a health care law that retains that critical provision, in addition to ensuring Americans under the age of 26 can stay on their family's health plan," Romeo said. He added that Tillis has "taken steps to ensure that patients with pre-existing conditions maintain those protections regardless of Obamacare's future."

Romeo was referencing a bill Tillis co-sponsored known as "The Protect Act," which claims to protect people with pre-existing conditions. But experts say that bill falls short.

The bill includes language prohibiting discrimination based on health status. But, Pollitz said, it doesn’t prohibit insurers from charging women more than men. She paraphrased lines on pages 9 and 10 of the bill, saying "nothing in the nondiscrimination requirement ‘shall be construed to restrict the amount that an employer or individual may be charged for coverage under a group health plan except as provided in paragraph 3 or individual health coverage’."

Pollitz said Tillis may have attempted to include price-gouging protections, "but the language they used is riddled with loopholes that would continue to permit discriminatory rating practices."

About the GOP plans

Under Tillis’ bill, Anderson said there was little incentive to keep healthy people in the market pool. So insurers would have two options.

"They can either leave the market entirely or dramatically increase premiums to cover a very sick and expensive group of people," he said. "Since there are no premium subsidies in this bill, insurance will be too expensive for individuals who are in good health to purchase."

PolitiFact reported in 2019 that most of the Republican health care plans fail to fully protect people with pre-existing conditions. A fact-check of White House chief of staff Mick Mulvaney singled out the plan proposed by Tillis and other Republican senators. It found that the bill included an option for companies to deny certain coverage if they weren’t able to "adequately" deliver services.

Tillis’ campaign is right to point out that he has tried to address the issue. But experts agree that the Tillis proposal left loopholes insurance companies could use against people with pre-existing conditions.

Cunningham’s statement overlooks some of Tillis’ efforts. But it’s correct about Tillis’ vote and the fact that other Republican plans fall short of matching the ACA’s protections for people with pre-existing conditions. We rate it Mostly True.

An earlier version of this fact check quoted an expert who said the "Protect Act" introduced by Sen. Tillis would have allowed insurance companies to avoid covering people’s pre-existing conditions. In fact, the bill was written to prevent insurance companies from doing that.

The expert has revised her comments.

This correction has no bearing on the overall rating. Tillis voted to fully repeal the ACA, and bills proposed by Tillis and other Republicans still fall short of matching the ACA’s protections for people with pre-existing conditions.

Press release, "Senators introduce the Protect Act To Ensure Protections and Affordable Coverage For Americans With Pre-Existing Conditions," on the Thom Tillis website.