Scott Neitzel
stated on May 12, 2019 in a TV interview:
The state contributed $80 million for the new Bucks arena, but new income tax revenue from basketball events alone "is estimated to be probably over $600 million over the life of the lease."

Excitement at the new Fiserv Forum is palpable as the Milwaukee Bucks face the Toronto Raptors in the Eastern Conference Finals, the team’s deepest playoff run in 18 years.

While the arena is rockin’ and rollicking now, not everyone was on board when building a new downtown arena was proposed as a way to keep the Bucks in town.

Replacing the circa 1988 Bradley Center, which is currently being demolished, took on a new urgency in April 2014 when former U.S. Sen. Herb Kohl, who had owned the team since 1985, announced he was selling the Bucks to billionaire investors Marc Lasry and Wesley Edens.

The financing package for the $500 million facility, which eventually cost $524 million, was the subject of considerable debate in Madison in 2015. It finally won approval with half the original cost estimate, or $250 million, coming through state and local sources.

Of that, $80 million came from the state.

Scott Neitzel, a top Department of Administration official under Republican Gov. Scott Walker, argued that the "payback for state taxpayers is tremendous."

"For that $80 million, the state -- just in income tax revenue from events that go on here, just from the basketball events actually -- is estimated to be probably over $600 million over the life of the lease," Neitzel said during a May 12, 2019, interview on WISN’s UpFront.

Neitzel once led the Wisconsin Center District board, the public agency that owns the facility, which has been in the news as the site of the Democratic National Convention in 2020.

The origin of the documents was unclear, as they were not attributed to any particular entity.

The cost to state taxpayers

"One appropriates $4 million general purpose revenue (GPR) from the state to the Wisconsin Center District to fund the principal interest costs on a portion of the Center's bonds issued to finance the construction of the arena. This appropriation will sunset after 20 years. (Hence $4 million times 20 years would equal $80 million)."

"The second appropriates $4 million general purpose revenue annually each year for 20 years to the Wisconsin Center District. However, it is effectively offset by a corresponding $4 million annual GPR reduction to Milwaukee County's county and municipal aid payment over the same 20 years. Hence, these two actions together have the effect of having no fiscal impact to the state."

So, in a nutshell, the state pays out $160 million, but gets $80 million back in the form of Milwaukee County's shared revenue reduction, so the result is a net $80 million cost to the state.

According to the fiscal bureau, the state is scheduled to pay $4 million a year for 20 years and then the appropriation goes away.

What about the tax revenue side?

Let’s start with this: Those who work in the state -- in this case, NBA players and coaches -- owe Wisconsin income tax on the money earned here. That’s what Neitzel is referring to by the income tax that will be generated.

The state Department of Revenue has estimated that over the life of the 30-year lease (2016 to 2046), the state would collect a total of $514.9 million in additional incremental revenue. That’s based on its projections that NBA salaries will increase dramatically over that time.

In 2015, PolitiFact Wisconsin reported that the state would collect $6.5 million in income taxes from NBA players for 2014. That gives us a rough baseline.

The increased revenue projections range from $0.9 million in 2016-’17 to $39.1 million in 2046-’47. Let’s pause here to say, well, that is a lot of money. By this projection, NBA salaries -- and the income taxes they generate -- would be nearly five times higher by the last year than the $6.5 million starting point.

Even then, that increased revenue only tallies $514.9 million. How does the department get to $600 million? That comes from adding in the baseline $6.5 million for each year. Afterall, if the Bucks had left town, the state would have lost that money entirely.

So, that’s even more than Neitzel claimed as the estimate.

A key here, of course, is that these 30-year state income tax revenue projections are exactly that -- projections -- or estimates. That said, Neitzel framed his statement as an estimate, and relied on official numbers from established state agencies in doing so.

"My two decades of research and writing on this topic has led me to take these kinds of assertions with several pounds of salt," Eckstein said in an email. "They are fantasy figures, often based on ‘advocacy studies’ masquerading as objective analysis that have been commissioned by the team or its benefactors. Remember, too, that any income allegedly generated by the arena IS NOT INDEPENDENT of any current revenues. It's a question of gross increases (if any) versus net increases."

Eckstein also said revenues from taxing player salaries is only the latest in a long line of promised revenue windfalls from stadium proponents.

"First, they promised sales tax increases from all the extra spending that would take place in or near the stadiums. Then, it was hotel tax revenues that would soar from all the people coming to games and needing a place to stay. That was followed by supposed property tax increases, after the stadium increased local land values. Now it's the income taxes from player salaries."

Robert Baade, a Lake Forest College professor of economics and one of the first economists to study the effects of publicly financed stadiums on cities, called the estimates "hyperbole."

"Moving the Bucks from the Bradley Center to Fiserv is a couple hundred feet," Baade said in a phone call. "It’s not going to induce significant economic impact."

The Neitzel claim, though, was about a specific thing -- income tax revenue to the state.

Baade had a caution there as well, noting more things are at play.

"Players appropriate most of the revenue that results from local fan spending," he said. "This results in a significant outflow of city income that results from spending related to sports relative to that which would occur if entertainment was on locally owned and operated entertainment activities. Players do repatriate their earnings to their primary residences."

Neitzel said the  state contributed $80 million for the new Bucks arena, but new income tax revenue from basketball events alone "is estimated to be probably over $600 million over the life of the lease."

Stadium financing experts called the projections "fantasy figures" and "hyperbole" and noted such projections rarely have come true on past projects. That said, the estimates were created by state agencies. And Neitzel couched his claim as a projected figure.

PolitiFact Rating:
Mostly True
The state contributed $80 million for the new Bucks arena, but new income tax revenue from basketball events alone "is estimated to be probably over $600 million over the life of the lease."
Scott Neitzel
Former secretary of Wisconsin Department of Administration
https://www.wisn.com/article/upfront-recap-return-on-fiserv-forum-will-be-immense-for-state-taxpayers/27446566 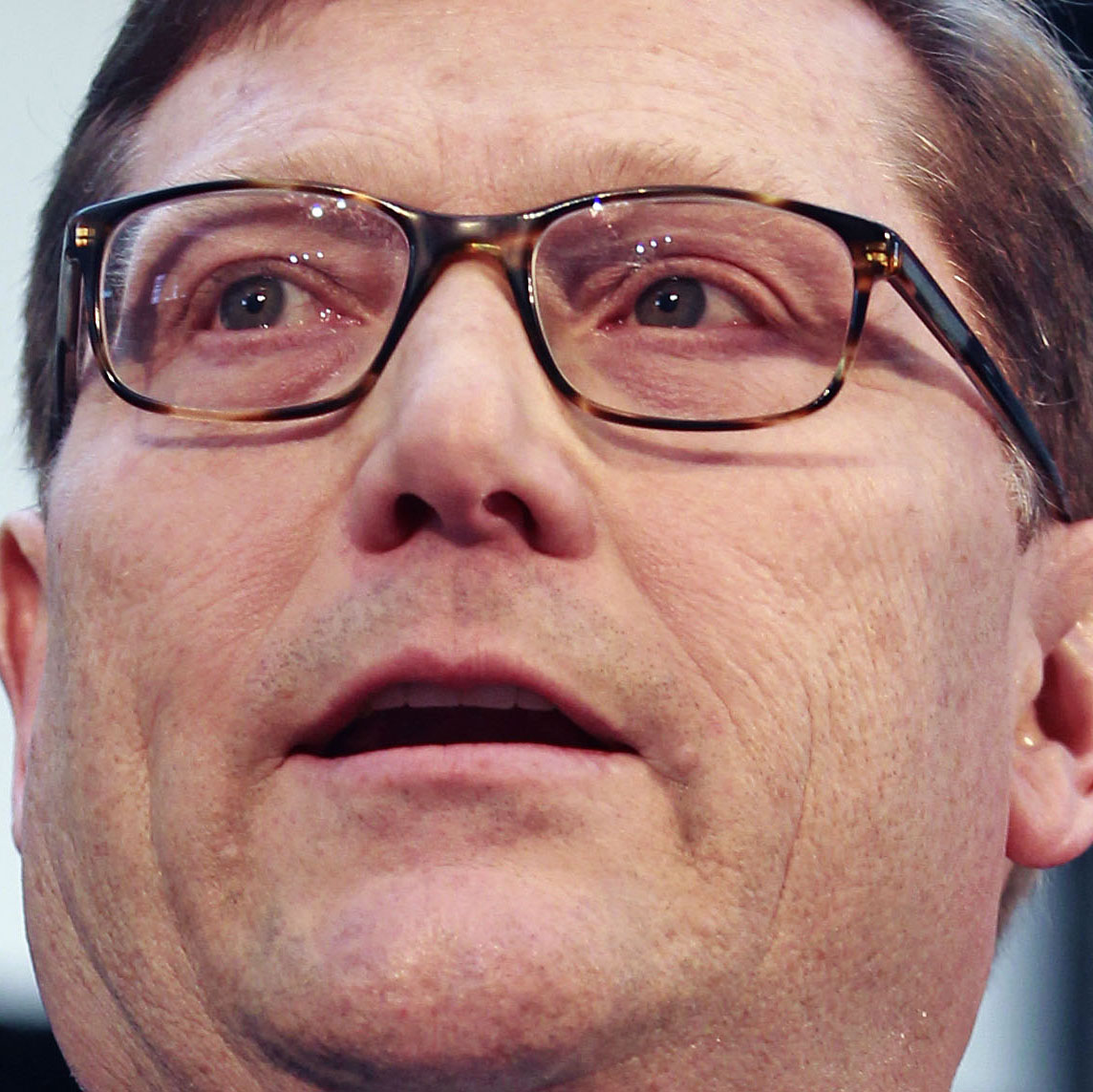 Democratic Party of Wisconsin
stated on May 2, 2022 News release:
Republican politicians are pushing a plan "that could raise taxes on almost one in three Wisconsinites and sunset Social Security and Medicare in five years."

Tim Michels
stated on May 26, 2022 Public statement:
On disbanding the Wisconsin Elections Commission

Ron Johnson
stated on May 11, 2022 News release:
In the immediate wake of a fire and vandalism at the Madison headquarters of an anti-abortion group, Democrats had not condemned “activists who are engaging in this repugnant illegal activity.”

Kelda Helen Roys
stated on May 8, 2022 TV interview:
Due to U.S. Senate rules, Democrats need "more than a majority ... to codify Roe vs. Wade."

Melissa Agard
stated on April 11, 2022 Twitter:
Cannabis reform "is supported by the majority of the residents of our state, including a majority of Republicans."

Tony Kurtz
stated on April 7, 2022 Twitter:
If Wisconsin Gov. Tony Evers "had passed his (gas) tax increases ... fuel prices would be at least a dime higher.

Tammy Baldwin
stated on March 16, 2022 Twitter:
"The price of insulin has been jacked up by Big Drug Corporations.”

Wisconsin Manufacturers and Commerce
stated on March 7, 2022 TV ad:
Says Gov. Tony Evers "tried to make us pay even more at the pump by hiking the gas tax."

Glenn Grothman
stated on February 3, 2022 Twitter:
Says President Joe Biden "is trying to send taxpayer dollars to manufacturers overseas that do not abide by the same (carbon emission) standards we do at home."

Glenn Grothman
stated on February 3, 2022 Twitter:
"The US has made strides in reducing carbon emissions that other parts of the world have not."

Sarah Godlewski
stated on February 18, 2022 Campaign statement:
"Here in Wisconsin, prescription drug costs grew at a pace of nearly twice as much as the average Wisconsinite's income from 2015-2019."