Wayne Goodwin
stated on December 14, 2019 in a tweet:
Says his opponent for NC Insurance Commissioner is a "perennial candidate" over 30 years.

Wayne Goodwin, the chairman of the North Carolina Democratic Party, plans to challenge Insurance Commissioner Mike Causey. They faced off in 2016.

On Twitter this weekend, Goodwin cast himself as the more serious and experienced candidate, having held the office from 2009 to 2017. Causey was the first Republican to be elected to the office this century, when he won election in 2016.

In a tweet, Goodwin referred to Causey as a "30 (year) perennial candidate for (the) same office."

It takes a lot of money and energy to run one campaign, much less multiple campaigns over the course of three decades. That level of commitment is uncommon. 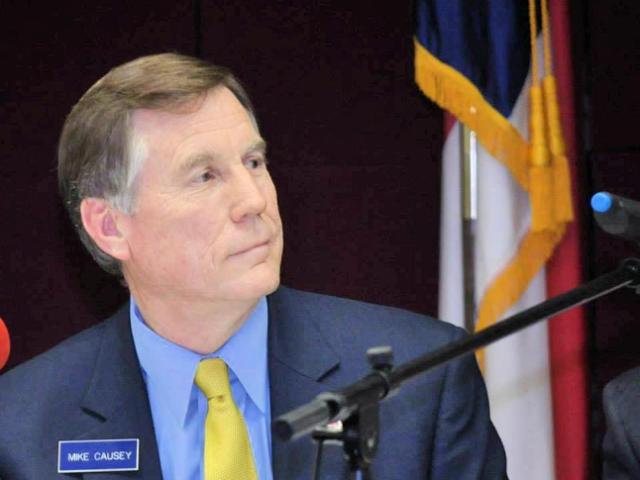 So we wondered: how many times has Causey run for insurance commissioner over the last 30 years?

There have been seven elections for Insurance Commissioner since 1990. Causey, who has a background in the insurance industry, ran in many of them -- but not all of them.

Here’s a look back each race for Insurance Commissioner over the last 30 years, and whether Causey participated.

Note: Goodwin should’ve known a little about the Republican in the 2008 election, since he won the seat by beating a different candidate -- John Odom.

If Causey follows through with his plan to run for re-election in 2020 (he already filed to run), he’ll have run in six of the last eight elections, or 75 percent of them.

Goodwin specifically noted Causey’s history of running for the "same" office. This could be interpreted to mean Causey has only ever run for one office. That’s not the case.

Donald Trump
stated on October 28, 2022 in a Truth Social post
"Over 240,000 'unverified' ballots have already been sent out in Pennsylvania, a total mess. The Democrats are playing games again.”

In 2014, Causey ran for Congress in the 6th Congressional District. But he didn’t make the November ballot, having placed seventh in the Republican primary that May.

He also ran for state Senate in 2002, the race in District 28 to Democrat Katie Dorsett.

Goodwin has some other races on his record, too. In 2004, he lost a bid to unseat Republican Cherie Berry as Labor Commissioner. Two years before that, he won an NC House race. And in 1996, Goodwin was elected to the NC House after running unopposed.

Finally, let’s look at the term "perennial candidate." The word can be a bit squishy, as an Ohio newspaper columnist once pointed out.

Goodwin told us he used the term only to communicate that Causey has run frequently, and in that sense he’s right. He also pointed out that, if had intended to say Causey ran in every election since 1990, he would’ve used the word "quadrennial" -- meaning someone who runs every four years.

However, used in the context of politics, the term "perennial candidate" often refers to candidates who don’t have much of a shot at winning.

Major media outlets have used the term not only to describe someone who runs frequently -- but someone who almost always loses, and runs despite having questionable qualifications and/or low odds of winning.

Causey’s different from most candidates because he’s won elected office, represented a major political party in the five elections he didn’t win, and has a background in the insurance industry.

Goodwin referred to Causey as a 30-year "perennial candidate" for the "same office." He’s got a point: Causey has run for insurance commissioner a lot since 1992. Those familiar with the term’s use in political circles may find the description off-base when applied to Causey.

But Goodwin’s claim is mostly accurate. It just needs a little clarification and additional information.

We rate it Mostly True.

A tweet by Wayne Goodwin, chairman of the North Carolina Democratic Party.

Records provided by the North Carolina State Board of Elections and accessed on the agency’s website.

Story by the News & Observer, "Lesson from a pair of scandals: This North Carolina Republican won’t be pushed around," posted Nov. 12, 2019.