Ask PolitiFact: What would speed up election results?

An election worker carries ballots to be tabulated inside the Maricopa County Recorders Office, Nov. 10, 2022, in Phoenix. (AP)

This question has been bouncing around the internet: If Florida can count ballots in a matter of hours, why does it take days for less populous states to do the same?

Local election officials in some states were still counting ballots days after Nov. 8. The margins in prominent statewide races were too close to call in Nevada and Arizona — including U.S. Senate races that could determine the balance of power in Congress.

Election officials say their top priority isn't speed but accuracy; they want to ensure all eligible ballots are counted by state deadlines for official results, often weeks after Election Day. But some states have laws that prevent them from getting to mail ballots sooner.

Efforts by election officials and the media to educate the public about the reasons for dayslong counts have not silenced the clamoring for faster results.

What would it take to accelerate election results without significantly reducing voter access?

We asked that question of current and former elections officials and experts.

"The number one suggestion that I would make: Allow election officials to start the processing and canvassing of their ballots before Election Day," said Ion Sancho, the former elections supervisor in Leon County, Florida. "That's how Florida gets it done."

Here are the solutions we learned. 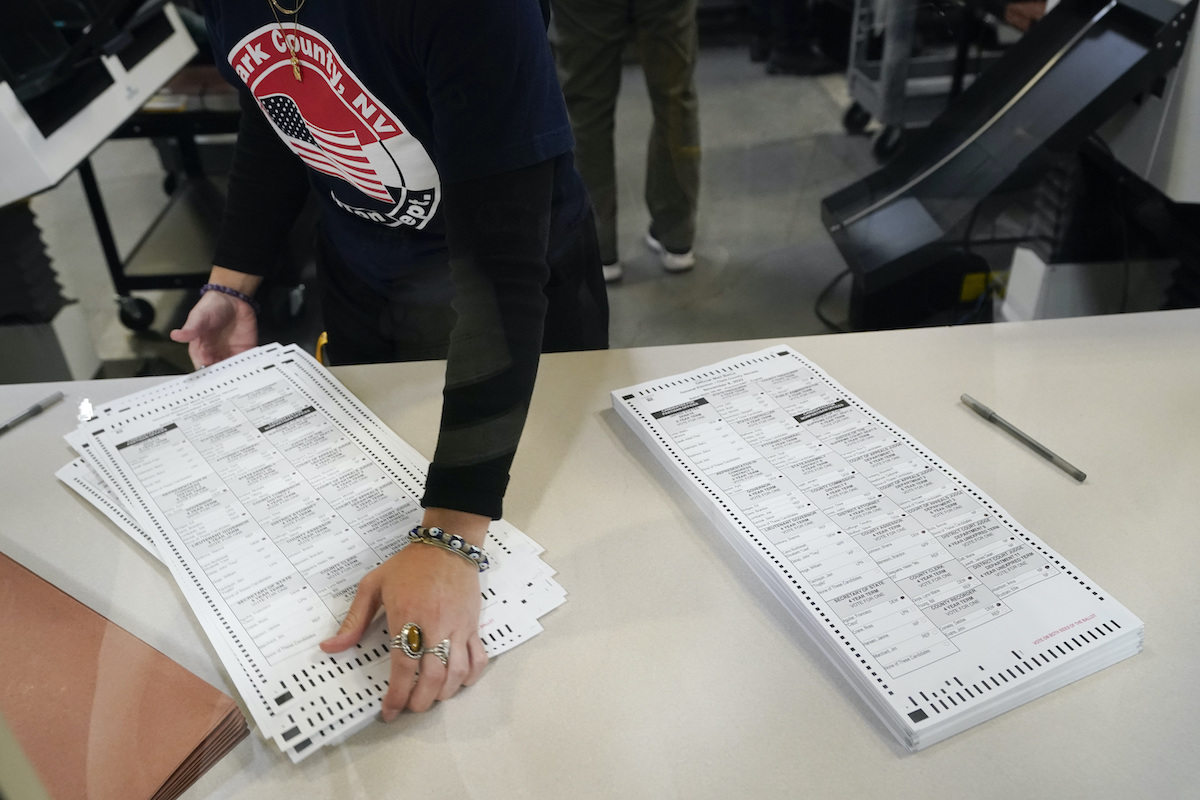 Align mail ballot request deadlines with postal standards. The U.S. Postal Service advises that ballots be mailed back one week before they are due. That gives the postal system plenty of time for delivery, said Tammy Patrick, a former Maricopa County elections official.

But there are close to 20 states that allow voters to request ballots during that time period, which delays the ballots from getting into election workers’ hands, said Patrick, who now works for the Democracy Fund.

Allow for earlier processing of mail ballots. Some states, including Arizona, Nevada and Florida, allow workers to process mail ballots weeks before Election Day. (Florida’s statewide races were called by media outlets quickly because they were settled by landslides, but some ballots were still being counted there days later.)

But other states, including Pennsylvania, lag behind by not allowing that process to begin until Election Day.

Mail ballots take more time to process than in-person ballots because officials must open envelopes, flatten ballots, verify signatures and ensure that ballots aren’t torn or damaged so they can be scanned into tabulators.

Michele Forney, who works for the Elections Group, an organization with election administration expertise, said it would take a team of six people to open thousands of ballots a day when she was elections director in Pinal County, Arizona.

"All of that takes a tremendous amount of time," Forney said. Unless you see the process of opening the ballot envelopes, prepping the ballots for tabulation and setting aside damaged ballots to be duplicated, "you don’t necessarily know that."

For more than a year, county officials in Pennsylvania have asked state lawmakers to change the law so that they can start counting mail ballots three weeks before Election Day, rather than the current 7 a.m. Election Day start. It hasn’t happened.

Earlier mail ballot receipt deadlines: Setting earlier deadlines for voters to return mail ballots would speed the process, although voting rights experts caution that it would disenfranchise some voters who prefer to wait until the last day.

The most common deadline for receipt of mail ballots is Election Day. Arizona can accept them until 7 p.m.

California allows mail ballots to arrive a week later. if postmarked by Election Day (Statewide races in California favor Democrats, so it draws less scrutiny than states where the outcome is less certain).

In Nevada, mail ballots must be received by 5 p.m. on the fourth day following the election if postmarked by Election Day. This year, that day is Nov. 12. Nevada allows voters to fix issues with their ballots, such as forgetting to sign the outer envelope, by Nov. 14.

"​​We couldn't go any faster now even if we wanted to," Clark County Registrar of Elections Joe Gloria said Nov. 10.

More funding for local elections offices. Local election offices are chronically underfunded. Many need more money for more staff, equipment to process mail ballots and larger spaces to store them. Since 2020, local election offices have had to invest more dollars in security in response to threats and harassment rather than efforts that would speed ballot counting.

Voters, don't procrastinate: The speed at which results are counted isn't all on state lawmakers who pass laws or local officials who administer elections. Voters share responsibility, too. Even if your state accepts mail ballots on Election Day, it speeds the process to return them sooner.

Republican activists, including those who spread the myth of widespread fraud, encouraged voters who were using mail ballots to wait to drop off ballots on Election Day, media outlets reported. Although this was part of their strategy for what they called "beat the cheat," a more accurate motto would be "slow the count."

"You want to give people opportunities, but this GOP messaging causes more issues and doesn't solve anything," Kelley said. "I am a lifelong Republican, and I am like, ‘What are you guys doing?’ This makes no sense to me."

RELATED: We fact-checked misinformation about the midterm elections, from Maricopa County to Detroit

Phone interview, Neal Kelley, chairman of the Committee for Safe and Secure Elections and retired Registrar of Voters for Orange County, California, Nov. 10, 2022

National Conference of State Legislatures, When absentee/mail ballot processing and counting can begin, May 17, 2022

Jim Jordan
stated on January 29, 2023 an interview with NBC's "Meet the Press":
"I got a list of 20 jurisdictions that defunded the police to the tune of over $1 billion total."