The skyline of downtown Charlotte, N.C.

North Carolina, a state with a divided but slightly Republican-leaning electorate, is playing host to one of the key U.S. Senate contests — the race to succeed retiring Republican Sen. Richard Burr. Election Day is May 17.

While polls have been scarce, former President Donald Trump’s endorsed candidate, U.S. Rep. Ted Budd, seems to have an edge in the GOP primary. On the Democratic side, former state Supreme Court Chief Justice Cheri Beasley is the clear frontrunner.

"There is no doubt that Budd has emerged as the clear frontrunner" for the Republican nomination, said Christopher A. Cooper, a political scientist at Western Carolina University. Cooper and others attribute Budd’s edge to a combination of Trump’s backing and "a truckload of money" from the Club for Growth, a conservative advocacy group.

Unlike in the recent Ohio Senate race, the two heavyweights in Republican Senate primaries — Trump and the Club for Growth — are backing the same candidate.

The GOP primary features 14 candidates, but beyond Budd, the two garnering the most attention are Pat McCrory, who in 2012 was the first Republican elected North Carolina governor in two decades, and former U.S. Rep. Mark Walker, who has touted wins in straw polls at the North Carolina Republican convention and at meetings across the state.

While Budd and his allies say McCrory isn’t conservative enough, the former governor has criticized Budd for his positive remarks about Russian President Vladimir Putin and cast him as a right-wing candidate akin to U.S. Rep. Madison Cawthorn, R-N.C.

The overall dynamics of the race suggest Budd should win at least 30% of the vote, which is the cutoff to avoid a July 26 run-off, said J. Michael Bitzer, a political scientist at Catawba College. McCrory’s baseline is closer to 20%, Bitzer said, with Walker and the other candidates below that.

Beasley is hoping to upend the Democrats’ streak of losing statewide races in North Carolina, often by narrow margins. North Carolina hasn’t elected a Democrat to the U.S. Senate since 2008. While 11 candidates are running on the Democratic side, Beasley is the clear frontrunner. While Beasley has never run for federal office, she won a statewide race for supreme court in 2014 before losing reelection narrowly in 2020.

Beasley has leveraged her relative lack of primary competition to stockpile money for the general election. Through the end of April, Beasley’s campaign had $3.28 million in the bank, or about 50% more than Budd and McCrory combined.

Analysts project that Beasley would run a competitive race against any of the GOP candidates in November but that North Carolina’s modest Republican leaning — combined with the historical pattern of the party in the White House struggling in midterm elections — gives Republicans a slight edge for the general election. 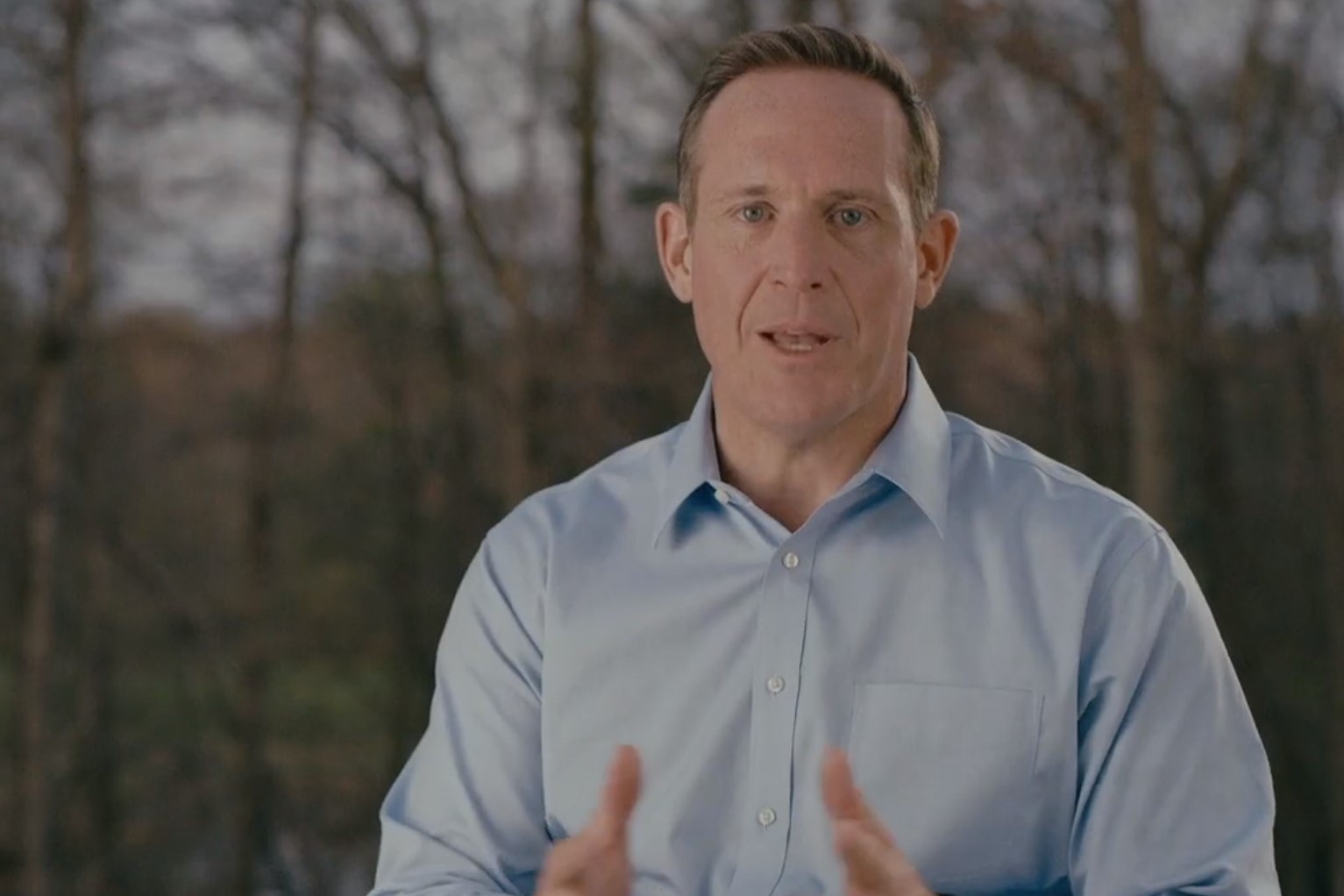 Biography: Budd won his first term in Congress in 2016 after beating out several other Republicans in the GOP primary with help from Club for Growth. During Trump’s presidency, Budd’s votes aligned with his administration about 92% of the time. Budd broke with Trump in 2020 when he voted against a pandemic aid bill, as well as the bill to increase coronavirus-related stimulus payments to $2,000 from $600.

The GOP touts Budd as someone who brings business experience to Washington. He owns a gun store, invested in his father’s agriculture business that went bankrupt, and before that worked for the family’s janitorial and landscaping business.

Core policies: Budd has campaigned on securing the southern U.S. border, fighting what he calls "political censorship" by social media companies and cutting business regulations. On the campaign trail, he has sought to present himself as the most pro-Trump candidate. Budd and Club for Growth have accused McCrory of talking trash about Trump, a topic PolitiFact addressed in a recent fact check and found the claim Mostly False. 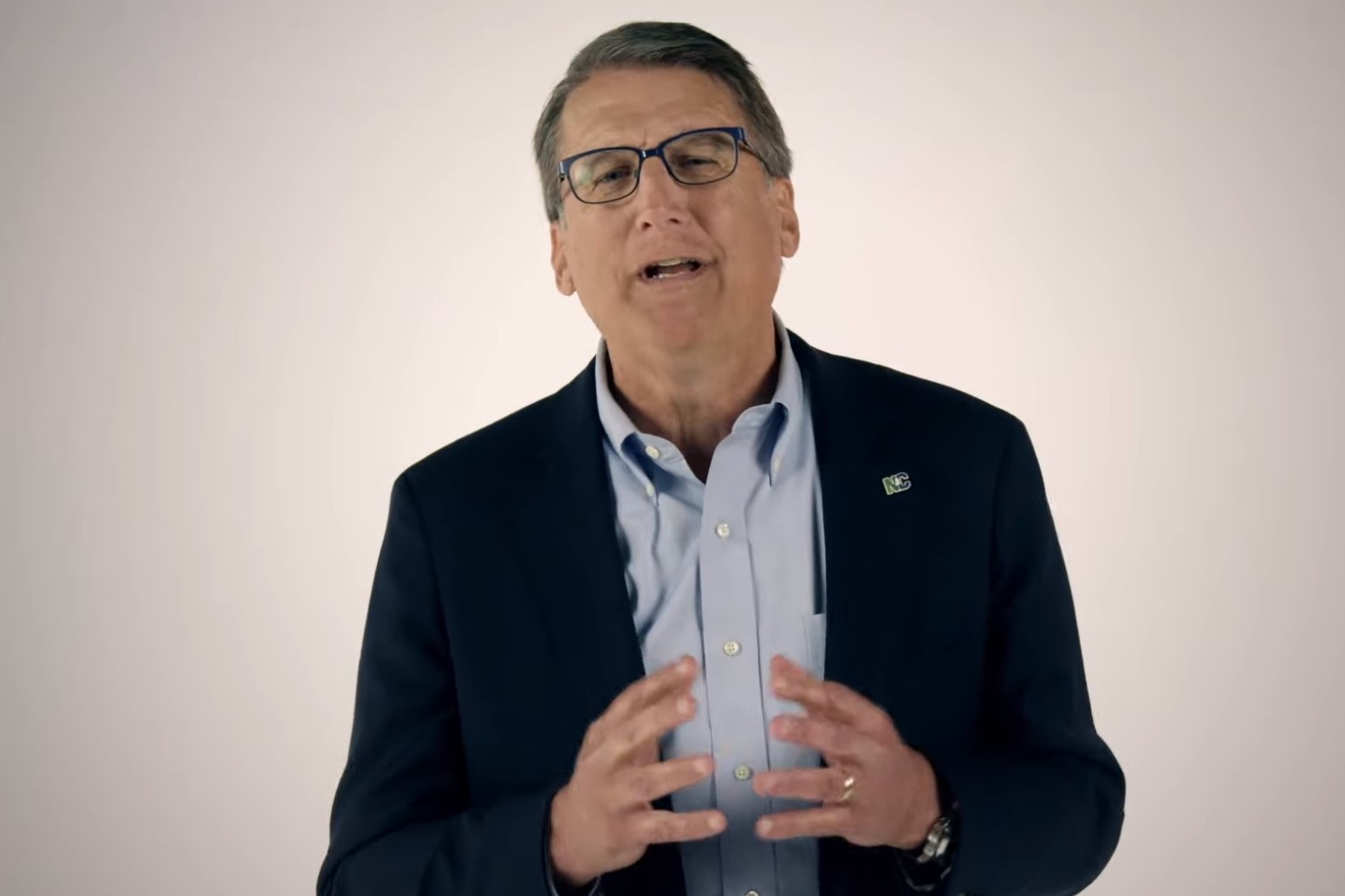 Biography: McCrory served seven terms as mayor of Charlotte before running for governor in 2008 and losing to Democrat Bev Perdue in what was the state's closest gubernatorial contest since 1972. McCrory then won the gubernatorial race in 2012 after Perdue declined to seek reelection. As North Carolina’s first Republican governor elected in more than two decades, McCrory and the GOP-controlled legislature ushered in a wave of conservative laws, cutting taxes and business regulations. McCrory likes to talk about his efforts to reduce the state’s unemployment rate, which was 10% when he first took office and less than 5% by the end of his term.

McCrory lost reelection in 2016 to Democrat Roy Cooper, whose campaign attacked McCrory for signing the so-called "bathroom bill." The law, known as HB2, required people to use restrooms at North Carolina schools and government buildings that corresponded to their gender assigned at birth. The bill prompted many businesses to leave the state or halt expansion plans and several athletic organizations to relocate their events.

Outside of politics, McCrory rose up the ranks of Duke Energy during his 28-year tenure at the public utility. He also later joined his brother’s Charlotte-based sales consulting firm. After his 2016 reelection loss, he stayed in GOP voters’ ears through a popular radio show but didn’t necessarily endear himself to Trump’s loyal base of support.

Core policies: McCrory’s campaign website says his priorities are to introduce legislation to fund a wall on the southern U.S. border,  introduce a national voter ID requirement, and add an amendment to the U.S. Constitution that requires the federal government to pass a balanced budget. McCrory has slammed Budd and Cawthorn for their comments about the 2020 election and Russia’s invasion of Ukraine. In the process, his campaign has avoided direct criticisms of Trump for similar comments. 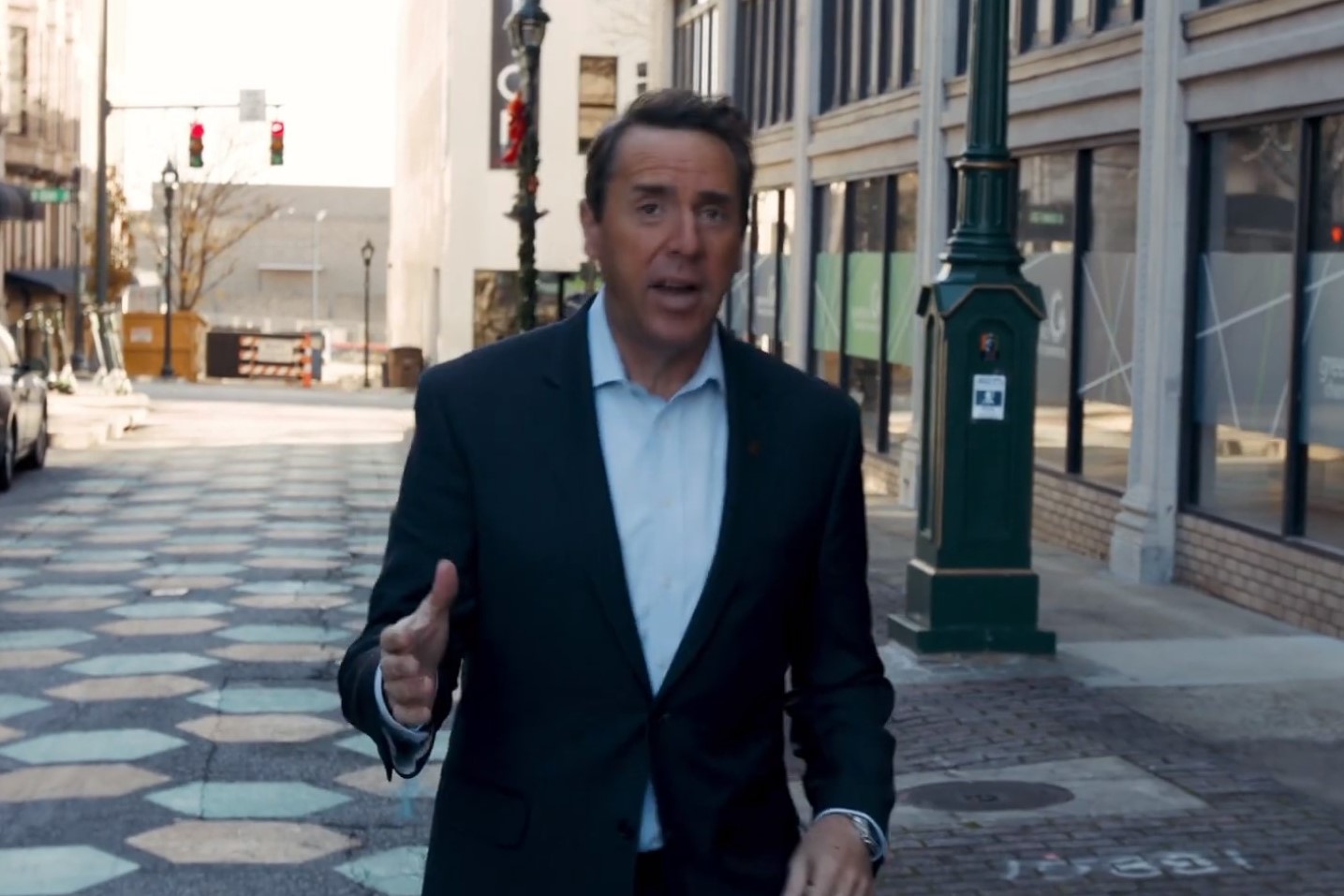 Biography: Walker, first elected in 2014, served three terms as a congressman before opting against reelection in 2020 after his district was redrawn. After announcing his run for U.S. Senate, Walker considered a run for Congress in the Greensboro area instead as North Carolina’s election districts faced a judicial review. He ultimately decided to preserve his senate campaign, which he says frustrated Republicans who wanted him out of the race.

Walker voted with Trump 94% of the time while in Congress, although he missed votes on a pandemic aid bill and the one to increase coronavirus-related stimulus payments to $2,000 from $600. Walker’s votes most recently broke with Trump in 2019, when he opposed a budget bill and Trump’s withdrawal of troops from Syria. Prior to his time in Congress, Walker served as a pastor.

Core policies: Like Budd and McCrory, Walker says border security and fiscal responsibility are among his top priorities. He’s also campaigning as a bridge-builder and defender of conservative Christian evangelicals. Walker touts awards he received for supporting historically Black colleges and universities. He launched his senate campaign alongside civil rights activist Clarence Henderson, who protested segregation in 1960 with a sit-in at the Woolworth’s lunch counter in Greensboro. Walker has also been a strong supporter of Lt. Gov. Mark Robinson, who has made controversial remarks about the LGBTQ community. In fact, Walker criticized Budd and McCrory for being slow to support Robinson. 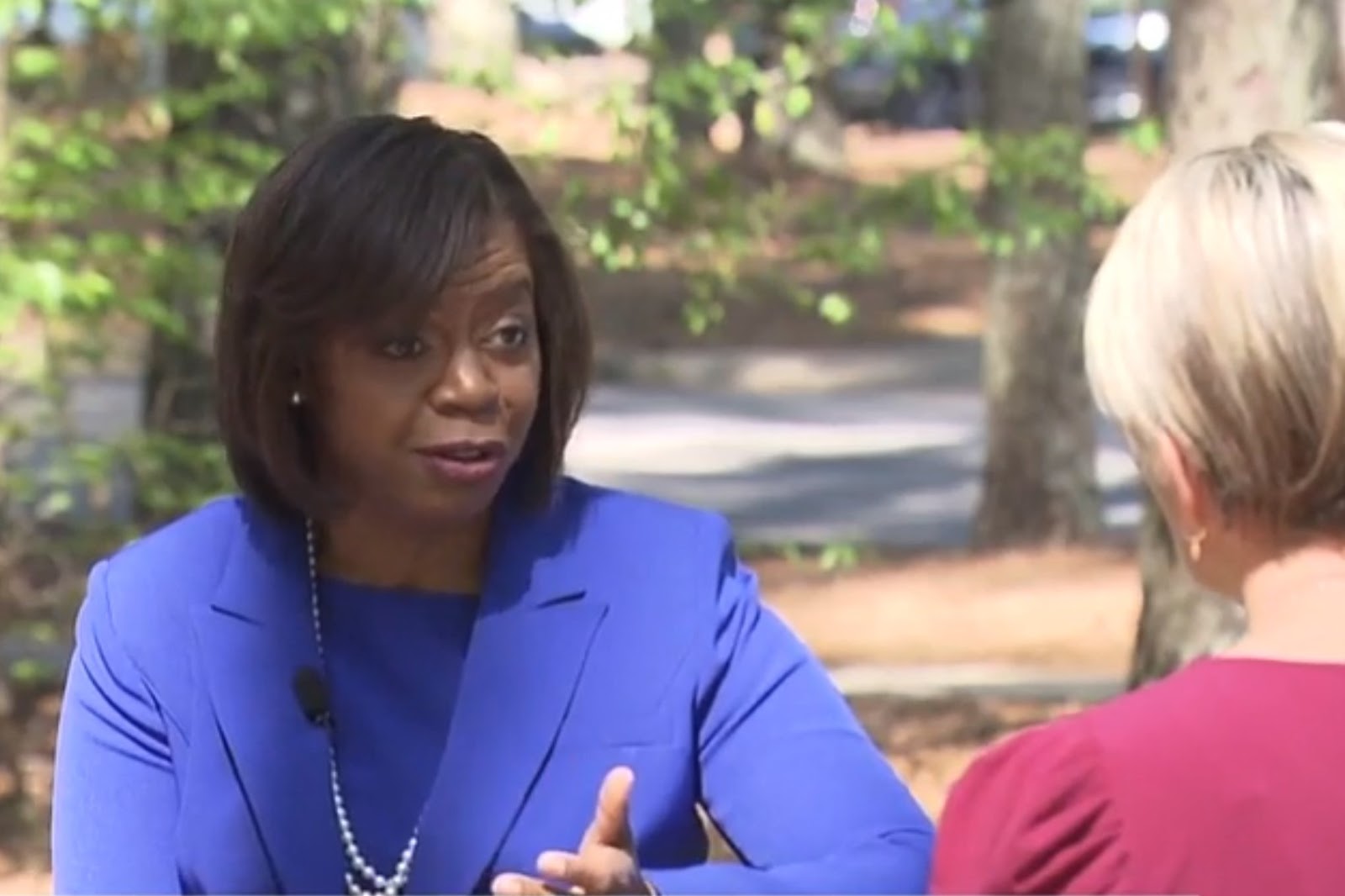 Biography: Beasley launched her campaign for Senate after losing one of the closest contests in North Carolina history. Beasley, who Cooper appointed as chief justice of the state Supreme Court in 2019, lost that seat to Republican Justice Paul Newby by about 400 votes. Upon entering the Senate race, Beasley’s path to victory wasn’t so clear. State Sen. Jeff Jackson, a Democrat from the Charlotte area and an effective fundraiser, also launched a campaign. Jackson visited all of North Carolina’s 100 counties before abruptly dropping out of the race and endorsing Beasley. He later decided to run for a Charlotte-area congressional seat.

Beasley joined the state’s highest court in 2012 as a justice after previously working as an Associate Judge on the state’s Court of Appeals and a District Court Judge.

Core policies: Beasley’s campaign website says she plans to expand access to health care, stand up for women’s rights, reform the criminal justice system and improve housing affordability, among other things. Republicans have accused Beasley of not being transparent about her views and in the early stages of her campaign she faced criticism for not staking out a firm position on the filibuster, a rule allowing a minority of senators to hold up legislation. She now says she wants to eliminate it.

Cheri Beasley: "We need filibuster reform, and I’ve always been very clear about that." (Mostly False)

Pat McCrory: Ted Budd’s family used AgriBioTech money to help "give donations to these Washington special interest groups that are running negative ads against me in the Senate race." (Mostly False)

Mark Walker: Says he worked to pass the 2018 farm bill "that helped farmers, invest(ed) in rural broadband, and added work requirements for able-bodied adults, Budd voted NO." (Half True)

Pat McCrory: "75% of third-graders in this year’s class are not reading at a third grade level" and, for those who don’t catch up, there’s "an 80% chance that you will not graduate." (Half True)

Ted Budd: "There’s about 9% of (the American Rescue Plan) actually going to COVID, meaning 91% of it is not even COVID-related." (Half True)

Mark Walker: "President Biden is raising the prices of insulin and Epi-Pens on those with high costs and the uninsured." (Mostly False)

Email interview with Christopher A. Cooper, political scientist at Western Carolina University, May 10, 2022