If the Senate fails to pass voting rights legislation this week, as expected, it may not mean the end of federal election law changes this year. Democrats are already mulling several alternative strategies to protect voting rights nationwide.

If they fail to act at all, states will continue to hold the agenda-setting power for voting rights going into the 2022 and 2024 elections.

"I see the current debate as attempting to create conditions that would avoid a denial of democracy in the 2022 or, more likely, 2024 elections," said Edward B. Foley, a law professor at Ohio State University who specializes in elections. "Given what has transpired in the aftermath of Jan. 6, 2021, I do think we need to be concerned about what might transpire on Jan. 6, 2025."

To kick things off, the Senate is scheduled on Tuesday to consider proceeding to a vote on the Democrats’ For the People Act, a bill hundreds of pages long. (The Senate’s timetable is always uncertain, so the timing could change.) The bill is widely expected to fall short in the chamber, where under current rules, a final vote cannot be held unless 60 senators agree. That would mean that Democrats would need to convince at least 10 Republicans to allow a vote. Republicans have vowed to defeat the measure.

Here’s what you need to know about what’s on the table, both this week, and going forward.

Senate Democrats have since filed an amended version of the legislation in response to concerns raised by some election officials. The main change is a longer timetable for implementing the bill’s changes.

We found that the impact of some provisions, such as whether the bill’s campaign finance provisions would limit free speech of certain donors, are subject to reasonable debate. However, some of the attacks on other sections of the bill are false or omit important context.

For instance, Sen. Ted Cruz, R-Texas, said the bill would "register millions of illegal aliens to vote. It is intended to do that." We rated this Pants on Fire, because the legislation would not change existing barriers to non-citizens voting in federal elections. Prospective voters are also required to attest to their citizenship under penalty of perjury. 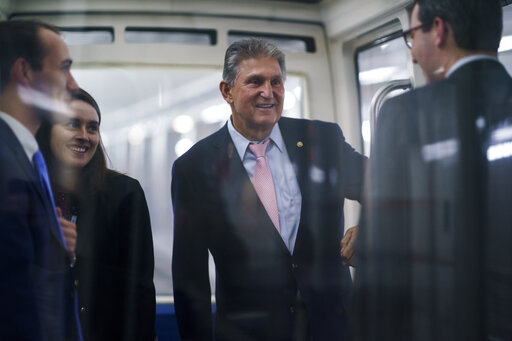 But the law doesn’t have universal Democratic support, either. One of the Democrats’ own senators, Joe Manchin, has proposed a pared-down version of the legislation that he said he hopes will attract bipartisan support.

For his compropose proposal, Manchin offered 13 principles, including making Election Day a public holiday. mandating at least 15 consecutive days of early voting for federal elections, and prohibiting providing false information about elections to hinder or discourage voting. (Elements of the For the People Act that Manchin did not include in his list of principles include allowing ex-felons to vote again, public financing of congressional elections, changing the structure of the Federal Election Commission, and limits for voter-roll purges in the states.)

Rick Hasen, a University of California-Irvine law professor who specializes in election law, has written that while the Manchin alternative doesn’t include everything voting rights activists want, Democrats should jump at the opportunity to pass it. "Many of the items on the Democratic wish list not here are much less urgent than what is being offered and can be pursued another time," he wrote.

The most bitter pill for voting rights activists in Manchin’s bill — requirements for voter identification measures — would allow such procedures "in a more relaxed form than some of the strict rules some states have enacted," Hasen wrote.

But Senate Minority Leader Mitch McConnell has said his party won’t support Manchin’s compromise either, arguing that Democratic worries about disenfranchisement are overblown and that the powers of electoral administration should be left to the states.

Democrats counter that a federal law would counteract the rash of state laws that were passed following the falsehoods promoted by former President Donald Trump and his allies who said that Democrats stole the election, despite statements by federal and state elections that the 2020 election was secure.

Manchin’s proposal has received mixed reactions on its likelihood for success.

"Perhaps Sen. Manchin’s compromise will become a starting point for negotiations with a group of Republican senators, but so far there’s no significant basis for concluding there is national legislation 10 or more Republicans appear likely to support," said Richard H. Pildes, a law professor at New York University.

Another possible fallback if the For the People bill or Manchin’s compromise stall: The Senate could take up the John Lewis Voting Rights Act, which would restore part of the Voting Rights Act that the Supreme Court struck down in 2013. The "preclearance" provision struck down by the court had mandated the Justice Department or a judicial panel pre-approve election law changes in jurisdictions that had demonstrated a history of discrimination.

The John Lewis bill is thought to have the potential for more support from Senate Republicans than the For the People Act, but it would still be considered a difficult legislative lift in the chamber.

In addition, Democrats on June 21 introduced legislation to combat provisions like those passed in Georgia that place more election oversight authority in the hands of partisan officials, which critics argue could lead to elections being overturned for partisan reasons.

Many states have passed new restrictions on voting

Following the 2020 presidential election, state lawmakers proposed hundreds of bills to overhaul election laws, even though officials have said that each of these states ran secure and orderly elections in 2020 with no significant evidence of fraud. The state bills all include different provisions, many of which restrict voting hours or limit mail-in voting.

In Georgia, the new voting law written by Republicans drew criticism from Democrats. The legislation is long and complicated and is a mixture of provisions that would loosen and tighten voting rules. On the one hand, the law provides for more early voting, but on the other, it adds restrictions on mail voting. The law also restricts who can hand out water to voters in line.

Florida’s election law isn’t as expansive as Georgia’s, but it would change some of the rules for voting. It restricts ballot drop boxes, bans the collection of multiple completed ballots, and adds requirements to request a mail ballot.

In Iowa, Gov. Kim Reynolds signed into law a bill that reduces the time during which Iowans can vote in an election. The bill includes a shorter early voting period, an earlier due date for absentee ballots, restrictions on how many ballot drop boxes a county can have, and who can drop off another voter’s ballot.

In Texas, Democrats in the legislature mounted a coordinated walkout to prevent passage of SB 7. Authors of the legislation sought to tighten rules on mail voting and limit some of the expanded access offered in jurisdictions like Houston’s Harris County, such as opportunities for drive-through voting and 24-hour voting. Gov. Greg Abbott, a Republican, is expected to call a special session to enact an election bill this summer instead.

Meanwhile, Trump supporters are still arguing against the results of the last election in Arizona and have launched a questionable audit to press their case.

Biden defeated Trump in Arizona by about 10,500 votes, flipping the state after Trump had won it four years earlier. Despite judges rejecting lawsuits that alleged wrongdoing, and despite official post-election audits in Maricopa County that found no abnormalities, Republican state senators wanted their own investigation.

The review of 2.1 million ballots began in late April and is winding down in June. The organizers are not releasing preliminary results and said they expect to complete a report on their findings later this summer. Election experts, including Republicans, have criticized the review of ballots as partisan, divergent from standard audit practices, and lacking in transparency.

Politicians, election officials and activists from about 17 other states have visited the site of the ballot review, suggesting that Republicans are looking to copy the process in other states. In Georgia, a judge is expected to rule soon in a case filed by a group of plaintiffs seeking to inspect absentee ballots cast in the general election in Fulton County.

RELATED: Claim of ballots in "error" in Fulton County, Ga., is based on unproven allegation

RELATED: Trump lost. Yet the 2020 election falsehoods live on in Arizona

Charleston Gazette-Mail, Joe Manchin: Why I'm voting against the For the People Act, June 6, 2021

Richard Hasen in Slate, Democrats Should Leap at the Chance to Take Joe Manchin’s Deal, June 16, 2021