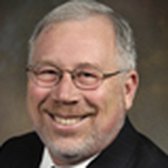 Luther Olsen, a Republican state senator from Ripon, was elected to the Senate in 2004, after serving in the state Assembly for 10 years. He has served on the powerful Joint Committee on Finance. In 2011, following a vote in favor of Republican Gov. Scott Walker’s controversial budget-repair bill, he was one of six GOP senators recalled and forced to stand for election.